CALADAN BROOD BOOK OF THE FALLEN

Caladan Brood - Book Of The Fallen (Letra e música para ouvir) - Still we ride, fight, and die / Wayward path far beyond the pale / We are lost, marching on. Caladan Brood was a warlord, often called simply the Warlord, who opposed the When he returned about years before the Malazan Book of the Fallen. The shadows of a fallen god. Chains against light. For weeks on end we journey on. Weary and worn, the glory is gone. 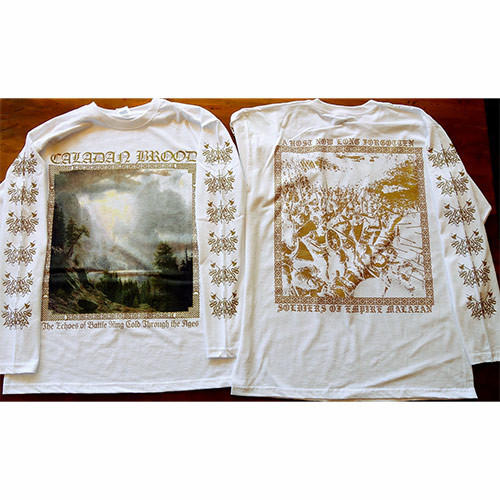 Plus as far as I know Caladan Brood is basically the same guy that is behind Gallowbraid too, so that makes it great, only by knowing the fact. Watch the video for Book of the Fallen from Caladan Brood's Echoes of Battle for free, and see the artwork, lyrics and similar artists. Book of the Fallen Lyrics. Still we ride, fight, and die. Wayward path far beyond the pale. We are lost, marching on. Heavy hearts longing for those lands we once . 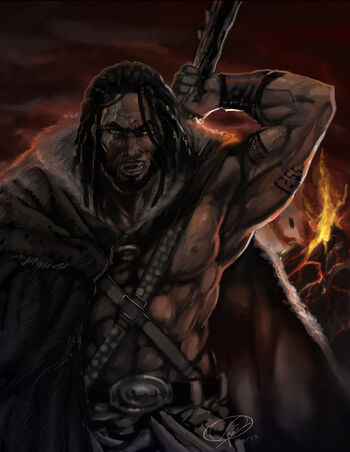 Strap on your shields and raise your banners Hear the call of raging battle Beneath a hail of burning arrows Push ever forward, never surrender Siege weapons tolling out like thunder Ripping the city walls asunder Columns of flame reach ever skyward Horizons filled with burning pyres. Envie pra gente. Recomendar Twitter.

CB: It would be a fun experience, but not something that would really be suited to Caladan Brood, haha. Would you ever be interested in bringing in a drummer?

CB: No, not particularly. The sequenced drums lend a certain atmosphere to the music that we actually enjoy. It would feel out of place to us to use acoustic drums. Would it be a fair assumption to say that Caladan Brood will never be a live touring band? CB: Yes, that is fair and correct assumption.

How is it shaping up? What plans do you have for the rest of the year? CB: Essentially what was mentioned above; reworking some of the songs that never got properly finished and working toward putting together another release. Mixing the atmospheric mastery of Summoning with the epic sweep of Moonsorrow, this album is destined to make waves.

I was fortunate to get a few words from the enigmatic Shield Anvil and Mortal Sword about the creation of this amazing album. Sargon: Salt Lake City isn't exactly a hotbed of metal bands, tell us how Caladan Brood came together. CB: There are actually some fantastic bands here, they're just few and far between. Caladan Brood came together through our mutual love of fantasy literature and metal.

Sargon: So there are just two of you in the band? CB: That is correct. Sargon: For those not in the know, can you explain the band's name? Sargon: The album sounds very polished, especially for an unsigned band. How did you get that great sound? CB: The entire album was engineered, recorded, and mixed on a home computer, and then taken to a friend's home studio for vocal recordings and final mixing, mastering, and engineering.

Sargon: How did you record those choral parts? CB: It's just standard, straightforward vocal layering so the clean vocal parts were recorded numerous times and 'layered' over one another to achieve the effect. Sargon: How long did it take to write and record the album?

CB: That's kind of a difficult question to answer, actually. We had a couple of songs that were written back in , but we ended up not using any of them except for what eventually became the song 'Echoes of Battle'. Over the following year or two, we eventually pieced together riffs and ideas until we had the track list for what was to become the album. Once we had the foundations laid for the six songs, we would work on them sporadically, sometimes letting them sit for months at a time before returning to them largely due to life, school, and work obligations.

So we started the band in , but it isn't really accurate to say that we spent 4 solid years working on the album, haha.

Sargon: What are your future plans for Caladan Brood? CB: We do have somewhere on the order of minutes of material that was written during production but never got fleshed out into finished songs, so we are considering reworking them and releasing them as an EP or using them as the starting point for the next full-length. Sargon: Where can people get the album now it's been released? 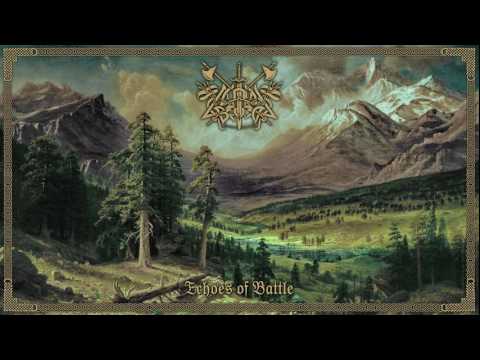 Although the influences of Summoning are very obvious, Caladan Brood also shows the same qualities, which make it unfair to write them off as a clone, and we gladly put them a bit extra in the spotlights with an interview. Also mainly because almost nothing is known about these mysterious men — who as a matter of fact refuse to appear recognisable in the media - an interview with the gentlemen Mortal Sword and Shield Anvil seemed almost necessary.

But before we get more into that, Caladan Brood is a newcomer in the world of metal, so would you please introduce the band to our readers and tell a bit about your history? There isn't much history to tell, really. We are two individuals who love fantasy literature and metal music, so we combined our efforts to create an amalgam of the two like many bands before us have done.

Caladan Brood consists of only two members, and there is a certain mystery around you guys.

No photo's, no history, no biography or musical backgrounds and it seems like you just appeared out of nowhere… is there a reason for this? You know, it's been interesting choosing to remain anonymous on the Internet age.

We are constantly getting emails from people wanting to know our real names and wanting photos of us. That's fine, but we decided to keep the focus on the music and aesthetic instead of on the band members. It just doesn't seem that the music would be improved in any way by our faces being plastered on the Internet and CD inserts.

That isn't to say we'll never have a band photo, but if we do, we will do our best to incorporate them into our overall thematic scheme.

Let's talk about the musical path of Caladan Brood, which is quite obviously influenced by especially Summoning.

As I mentioned in my review I'm very happy about the fact that we finally have a band that is able to summon the atmosphere that the Austrian masters always did.

Please tell a bit about Summoning's influence on you guys and in what way they inspired you to set upon this epic, pagan, atmospheric black metal path… Well, firstly, neither Summoning nor Caladan Brood are 'pagan'. We don't have any religious lyrics; our music is entirely fantasy themed. That being said, Summoning is definitely the primary influence for us. We are both long-time Summoning fans and wanted to explore the style that they created in our own way. Thanks to the majestic clean vocals and choirs, and also guitar solos the music at some point also refers to traditional heavy metal, which helps the band to distinguish itself and stand out more.

But also European folk music plays a big part in Caladan Brood's tunes. To be honest, if one didn't know, it would be hard to imagine that Caladan Brood hails from the US!

Caladan Brood - Book Of The Fallen

What more can you say about your musical influences and what you had in mind for the band's direction when you started making music? I honestly admit that I'm not familiar with these works, but from what I've been told the tales are quite grand, majestic and complex. And I must say that's also a good way to describe the music on 'Echoes Of Battle'. Please tell a bit more about the influence of Erikson's work on your music and why you chose to base your music on his works… The 'Malazan Book of the Fallen' series is our favourite collected work of fantasy literature, and the books were one of the primary inspiring factors in choosing to create our own music.

It is a truly gripping and imaginative world that provides us with a vast, fully-realized fantasy setting to draw from lyrically.

The atmosphere and themes of Malazan lend themselves very well to metal music, and since we're passionate about the books and about the genre of music, it seemed natural for them to go hand-in-hand. Some of the lyrics make direct references to characters and events from the books whereas some of the lyrics take more of a sub-textual or thematic approach — so it isn't a concept album, but all of the lyrics are indeed drawn entirely from the works of Erikson and Esslemont.

This may sound as a strange question, but how difficult was it to transform your visual ideas into music? Either of us will be musically inspired by something from the books and the general atmosphere of that event, place, or character will give us an idea of where to go musically… or vice-versa; we'll come up with a riff or melody and have a pretty clear idea of what Malazan-based theme it would be best coupled with.

Once we have the music and theme coupled together, everything generally comes together smoothly. Except for the fantasy tales, where do you get your inspiration for the music?

I mean, for example I can't imagine someone being able to come up with such atmosphere while he's writing songs in his apartment in a big city and being in touch with nature always plays a big part in this type of music.

Your home town is surrounded by majestic mountains and breath-taking nature, and the state of Utah in general has a very rich and peculiar nature. Did you also get inspiration from that? Yes, Utah has some incredibly beautiful landscapes, and what makes it unique is that we have many different biomes in relatively close proximity to each other.

A lot of movies get filmed here because of that; there are sweeping mountain vistas and deep pine forests surrounding Salt Lake City, but a relatively short car-ride brings you to sprawling red-rock deserts and sandstone valleys. These landscapes are inspiring of course, but our true core influence is fantasy literature and games. Do you think it would be possible to take the band on stage someday with help from session musicians?

I personally would love to hear the songs performed live!After all, the rise and fall of mighty kingdoms lie at the heart of every great epic story. In your music, there can be some brief and very general comparisons to Summoning.

Thank you for the kind words. I am a maker of monuments to lost causes.

Lyrics of Book of the fallen

In war all is simple, and there is appeal in this. Also mainly because almost nothing is known about these mysterious men — who as a matter of fact refuse to appear recognisable in the media - an interview with the gentlemen Mortal Sword and Shield Anvil seemed almost necessary.

So we started the band in , but it isn't really accurate to say that we spent 4 solid years working on the album, haha.